Our Employee of the Month over at Buda’s Truck City is Mr. McKinley Holland. McKinley started with us at Leif Johnson in 2011 and transferred to Truck City back in August. He absolutely loves that working here has taught him so much about working on different types of vehicles. 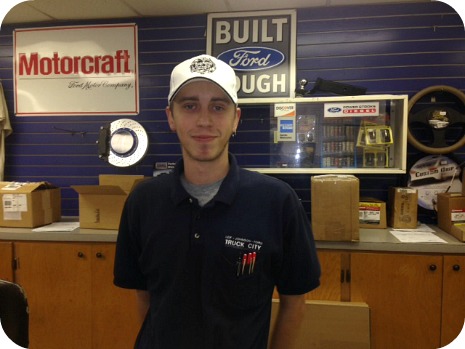 His coworkers attribute his Employee of the Month title to the fact that he is a “team player.” On top of that, Holland says he has a photographic memory and can rattle off base numbers “like candy!”– A great skill to have when working over in the parts department!

When McKinley is not at work, he loves to play the guitar. He’s been playing for about five years now and says that he’s “always been a musician.” A musician and a mechanic, McKinley is clearly a man of many talents! We couldn’t be happier to have him as part of our team over at Truck City.