Charles Lightfoot says his 2008 Escape saved his life. He was in an accident and says that the support of the vehicle kept him safe, despite the seriousness of the collision. 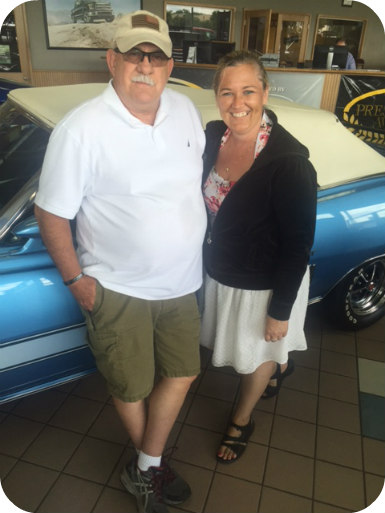 Mr. Lightfoot has been buying Fords for us for many years, and has bought his past four vehicles from our longtime saleswoman Sonya Saat. Their comradery makes it clear that Charles is part of our treasured Ford family. And we couldn’t be more proud to have him as a longtime customer. Lightfoot is an army veteran who served our country for thirty years, and he now volunteers to help take care of wounded warriors. He comes from a military family and tells us that he’s travelled all over the world, “at least once.”

Having people like Charles walk through our doors time and again is part of what makes us so grateful and humbled to be serving the Austin area. We’re honored that one of our Fords helped keep this man, a man who has served in keeping our nation out of harm’s way, safe and sound.