Dave Christian, finance manager at our Superstore Central location, is celebrating his ten year work anniversary at Leif Johnson Ford. In honor of his decade at LJF, we would love to share some quick fun facts and quotes from Mr. Christian himself! 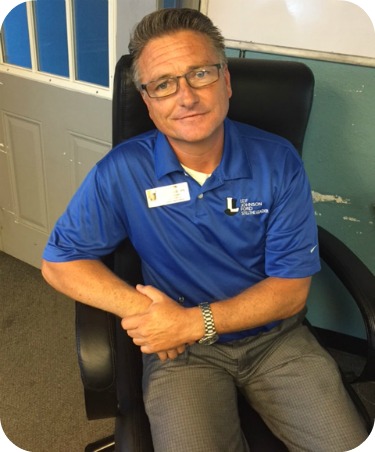 His favorite thing about the F-150: The versatility!

Fun fact 2: Dave’s son, Chad, is following in his dad’s footsteps at Leif. He started as a salesman and is now working in finance at our Riata Ford location!

Favorite thing about work: “The people I work with. And my customers. They’re like family!”

What Dave learned in his ten years at Leif: “That communication is key!”

Many congrats to Mr. Christian on ten years at Leif Johnson Ford.  Cheers to him and here’s to ten more!