Check out these amazing photos of the 2015 Ford Expedition, Mustang and F-150 taken at the Austin Auto Show. May your dreams be filled with sugarplums and all of these beautiful Ford beauties tonight! (And let Leif Johnson make your dreams a reality when all three of these vehicles appear on our floors this fall!) 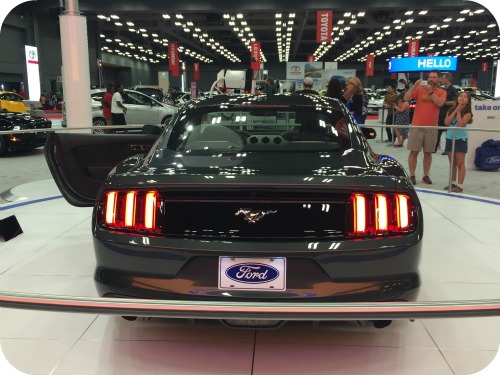 Ford’s 2015 Expedition SUV will part ways with its V-8 in favor of an EcoBoost turbo. It will also boast a brand spankin’ new interior and front styling, so you can rest assured that you will look fashionable with this Expedition in tow. Like many of the other new Ford 2015s, this Expedition comes complete with fancy new features such as a push button start and blind spot alert. “Ford invested wisely,” IHS Automotive senior analyst Stephanie Brinley said. “They updated the things customers touch and see.” Still, its not all about appearance. The biggest change is the switch to a 3.5-liter Ecoboost V-6 engine that is sure to provide more power and better fuel economy than the 5.4-liter V-8 present in previous Expeditions. 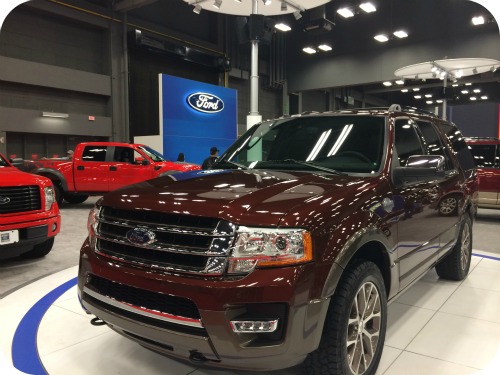 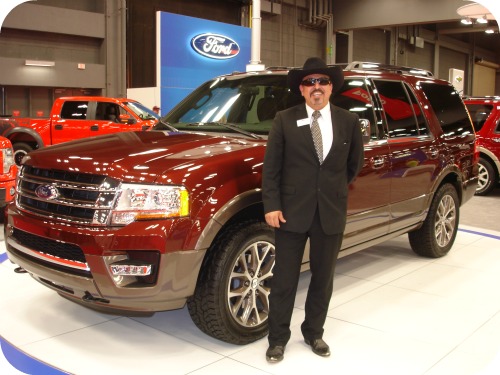 Features: The 2015 F-150 has increased frame strength due to the high strength steel in the frame. It’s also made with aluminum, drastically improving this truck’s fuel efficiency. (We’re talking 700 pounds less heavy. Ford manages to stay Tough even when simultaneously becoming much, much lighter.) This Ford also underwent thousands of hours of torture testing, just so you can feel secure taking it for a drive through mountains, deserts and temps ranging from 20 to 120 degrees Fahrenheit. With many new technologies including a 360-degree camera system, LED lighting for the interior and exterior of the truck and smart driver assistance technologies, you are sure to feel safe, comfy and, well, awesome driving your new F-150. 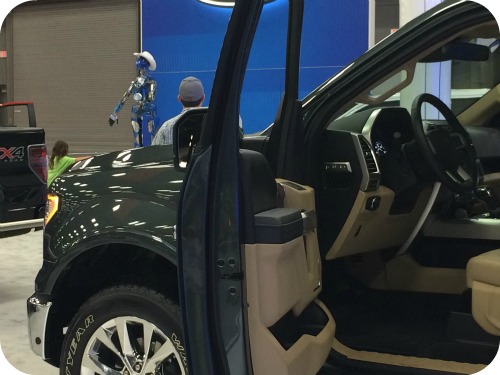 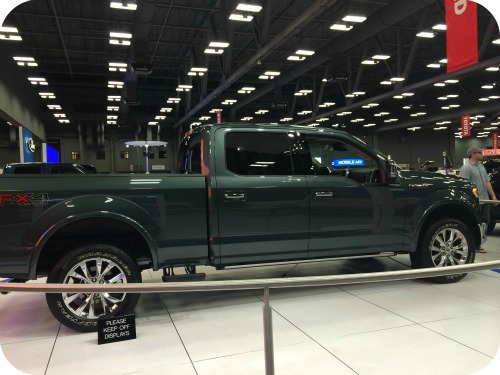 Feautures: The 2015 Mustang is complete with snazzy additions such as a rear view camera system, a push to start button, Eight-inch, high-resolution touch-screen display and navigation and adaptive cruise control and collision warning. With the option of an upgraded 3.7-liter V6, which produces more than 300 horsepower and 270 lb.-ft. of torque, the fuel efficiency of this Mustang will also be rather impressive. Connecting the past to the present, the new Mustang has the look of a Mustang from the good ‘ole days , but the technological additions of 2015. You’ll still get the excitement of driving a Mustang, but that’s now due to independent rear suspension which will improve body roll, and isolate road imperfections for a smoother drive.  And when you add to this a sleek new design, a dramatically improved, luxurious cabin and exciting new colors such as Deep Impact Blue and Race Red? This is by far the savviest Mustang yet, y’all. 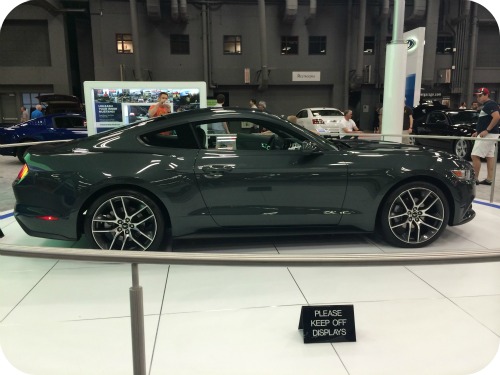 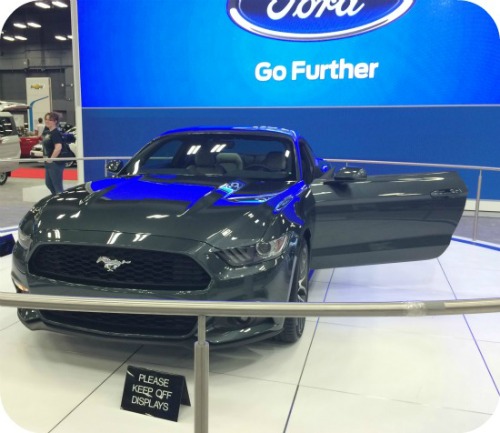